Not the usual technical post, but I keep forgetting the process for image stacking in Photoshop CS5

END_OF_DOCUMENT_TOKEN_TO_BE_REPLACED

This issue can be resolved via a GPO. Unfortunately Office 2010 GPOs are not integrated into the standard GPOs within Windows Server so require an additional download. 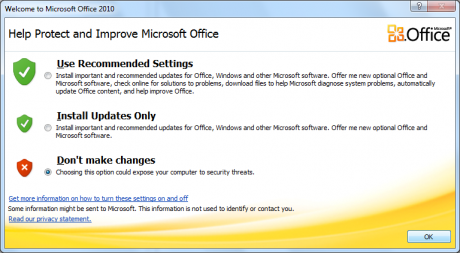 END_OF_DOCUMENT_TOKEN_TO_BE_REPLACED

Automatic tool to do this: http://support.microsoft.com/kb/980542

The Cameras shutter controls the length of time the sensor is exposed to light.

Shutter speeds normally operate somewhere between 30 seconds and 1/100 of a second.

For hand held photography a minimum shutter speed of about 1/30 sec is required, below this some means of steadying the camera is required.

The lens aperture controls the quantity of light reaching the cameras sensor.

In dim or gloomy conditions the sensor needs a bigger aperture to let in more light.

In bright conditions a smaller aperture is required.

Aperture is measured in f-stop numbers.

F/2.8 is a BIG aperture letting in more light (in =
gloomy conditions)

Changing the aperture will also control the depth of field.

A big aperture (f/2.8 – f/5.6) will give a small depth of field. This effect will be increased by using a zoom lens, the longer the zoom the shorter the depth of field.

A small aperture (f/16 – f/22) will give a large depth of field. This effect will be increased by using a wide angle lens.

Use big apertures (f/2.8 – f/5.5) for portraits and still life where you want to blur the background.

Your cameras scene modes will select shutter and aperture for you depending on the scene mode selected.

If you select ‘portrait’ or ‘macro’ (close-up), the camera will assume a short depth of field is best and choose a big aperture.

If you select ‘sport’ the camera will choose a fast shutter speed to freeze the action.

Selecting ‘landscape’ mode will give a setting with a larger depth of field.

Domain Local: groups can contain users, global groups and universal groups from anywhere in the AD forest, but can only be used to secure resources within the same domain.

Global: groups can contain only users and groups from within the same domain, but can be used to secure resources anywhere in the forest.

You can only convert from the following and this will only take place if the correct “member of” groups are related:

DO A STANDALONE BACKUP NOW!

This is something we all overlook and it makes life so much easier if you have a copy just dumped to a network share!

Woo i’m posting more that I did! Thought i’d give the Google search builder a go.


To find out what domain controller roles are within the organisation:

List all DCs in forest with DN and RDN:

List all the DCs in domain (that are Global Catalog Servers):

Use the “>” to store the output to a text file. The below command will store all the domain controller names in AllDCs.txt.

Adding a new Domain Controller to the Domain.

ADPREP commands to upgrade Domain Controllers (In this order)

How to view and transfer FSMO roles in Windows Server 2003
http://support.microsoft.com/kb/324801

How do I install Active Directory on my Windows Server 2003 server?
http://www.petri.co.il/how_to_install_active_directory_on_windows_2003.htm

Just a mega massive list of all those error codes!

I’ve was asked to set up an additional domain name under Exchange 2007. The only issue is that Exchange doesn’t quite handle multiple domain names very well, yes you can add aliases and easily create them within the exchange console, however the problem comes to “sending as” a different domain on the client machine (outlook) I managed to get this method working, although it may not be the best method, I’m couldn’t find any other solutions.

This is good, but is messy as multiple user accounts are required…

Hosts File
The host file is located in the %SystemRoot%\System32\Drivers\Etc directory as Hosts with no file extension on both Windows NT and Windows 2000 machines. The Hosts file is primarily used to resolve host names (Computer
Names) to an IP address.

LmHosts File
The LmHosts file is located in the %SystemRoot%\System32\Drivers\Etc directory as LmHost.Sam on both Windows NT and Windows 2000 machines as well. The LmHosts files are primarily used to resolve NetBios names to IP
addresses.

How to register (or re-register) a DLL or OCX file

Contains the full path to the Application Data folder of the logged-in user. Does not work on Windows NT 4.0 SP6 UK.

This variable is the temporary files of Applications. Its uses include storing of Desktop Themes, Windows Error Reporting, Caching and profiles of web browsers.

This variable contains a semicolon-delimited (do not put spaces in between) list of directories in which the command interpreter will search for an executable file that matches the given command. Equivalent to the Unix $PATH variable.

The %ProgramFiles% itself depends on whether the process requesting the environment variable is itself 32-bit or 64-bit (this is caused by Windows-on-Windows 64-bitredirection).

This variable points to Common Files directory. The default is C:\Program Files\Common Files.

The %SystemDrive% variable is a special system-wide environment variable found on Microsoft Windows NT and its derivatives. Its value is the drive upon which the system folder was placed. Also see next item.

The value of %SystemDrive% is in most cases C:.

The %SystemRoot% variable is a special system-wide environment variable found on Microsoft Windows NT and its derivatives. Its value is the location of the system folder, including the drive and path.

This variable points to the Windows directory (on Windows NT-based operating systems it is identical to the %SystemRoot% variable, above). If the System is on drive C: then the default values are:

Awesome little short-cut. Allows us to get to the DC which was used for login. Very handy if trying to change passwords are you can update the DC so there is no waiting for replications. 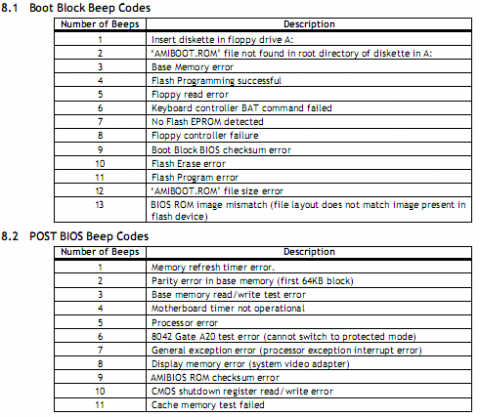 Ensure the following settings are used, this will make sure that the folders being copied are added into the directory selected.

Ensure the following setting is ticked:

Make sure that the Remote Desktop Users group has sufficient permissions to log on through Terminal Services.

Make sure the user is added to the Remote Desktop Users group:

Check the users or groups to Terminal Services RDP permissions: