Having had a problem with my TalkTalk internet connection for months I thought the issue was related to TalkTalk DNS settings however this was actually due to the “UDP flood defense” setting on the Draytek “Firewall” which blocks DNS queries after a threshold value.

The symptoms were that DNS would just stop working, no DNS resolution at all, NSLOOKUPs would simply timeout but ping and IP resolution would function normally. Rebooting the Draytek would magically fix the issue.

The fix was to simply increase the “packet/sec Threshold” or “disable” the setting.
Note: The DoS defense settings are not enabled by default 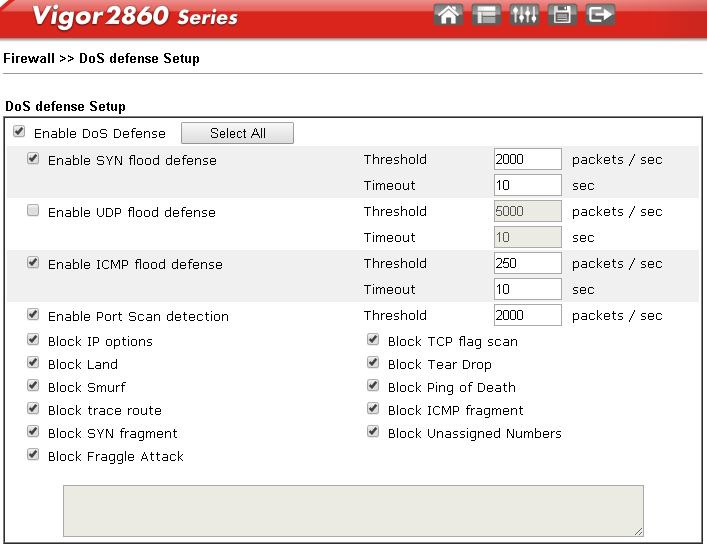 “by default, if the ISP allocates its own DNS servers, these will then over-ride the manual settings”

In order to force the Draytek 2830 to use alternative DNS (Google or OpenDNS) the following command needs to be run which will prevent the DNS from changing.