We are running Dell R620/630 servers with “Internal Dual SD Module” (IDSDM) for the VMware ESX installation.
Unfortunately SD card 1 recently developed a fault.
As the IDSDM is configured in a fail-over SD1 copies to SD2 therefore we had to swap the cards before performing the rebuild.

It is important to note a few IDSDM module behaviors: IDSDM White Paper

The SD cards mirror state, along with the Disabled or Mirror mode for modular servers, is stored on the IDSDM module itself. This means that it is possible to move an IDSDM module between two systems and preserve the mirror; the BIOS will read the states from the cards during boot up and will reflect the state of the card in setup.

The module design allows that either SD card slot can be the master; in the event of a tie between the two cards, then SD1 is picked as the master. For example, if two new SD cards are installed in the IDSDM while AC power is removed from the system, SD1 is considered the Active or master card in the mirror. SD2 is the backup card, and all file system IDSDM writes will go to both cards, but reads will occur only on SD1. If at any time SD1 fails or is removed, SD2 will automatically become the Active (master) card. The IDSDM module should not be serviced while AC power is present.

Error with the Dell IDSDM. This was due a faulty SD module. 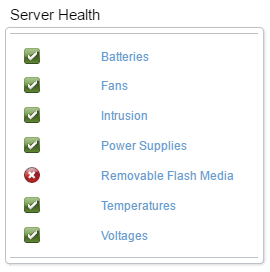 You can check which SD module is faulty in the iDRAC interface. 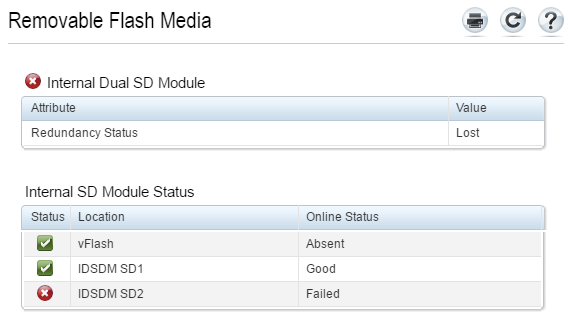 Once identified you can replace this (Dell will replace if the server is covered under support) The modules numbers are marked inside the system (behind the SD card).

no images were found


no images were found

The only way to initiate a rebuild of the mirror is during a BIOS POST. 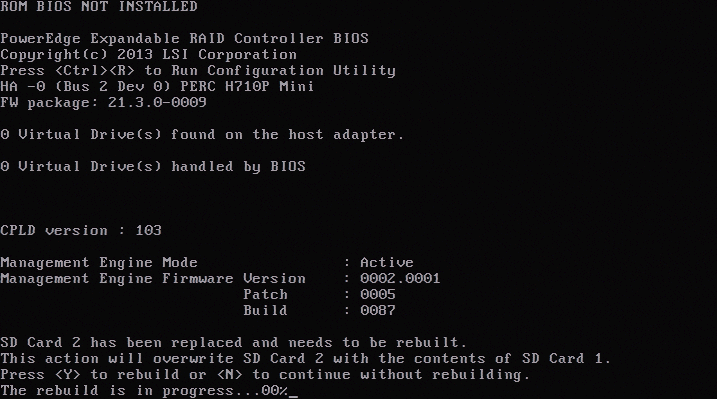