I recently developed a few faults with Windows Server 2008 R2 install running on my HP Proliant Microserver.
A number of posts and articles suggested the fault maybe the result of a faulty HDD therefore I ran a series of disk checks and applications to verify. Unable to locate any faults I opted to remove both 2TB HDDs (configured in RAID1) in order that I could dock them in another workstation and run thought some more thougher checks.
strangely as a result of removing the HDDs the Windows “BSOD” and crashing did stop, however I was still unable to locate any errors on the HDDs.

Rather than installing both HDDs back in the system, I thought it best to only reinstall one HDD in order to fault find, therefore breaking the RAID. Once happy that the fault was correct (Never found out the issue) I started RAID1 rebuild process using the following steps.

Before I physically installed the second drive I launched the AMD RAIDXpert Utility to see the RAID status, clearly showing as “Critical” due to the missing drive (Only 3 drives are listed) 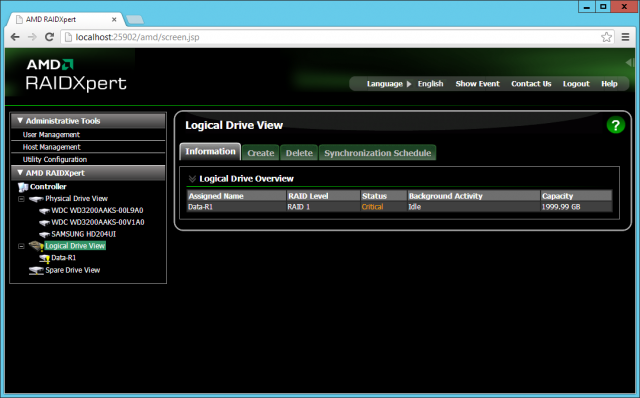 Although the Microserver doesn’t have hot swap drives, I reinstalled the second HDD (without shutting down) simply running a “rescan” in “disk manager” to get it to show. Once back in the RAIDXpert tool (with a refresh) the installed HDD was listed. Clicking on the HDD displays the properties. The point to note here is the colouring around the drive. This is the HDD which is currently working, the status is “Assigned” as it is part of the “Data-R1” RAID set 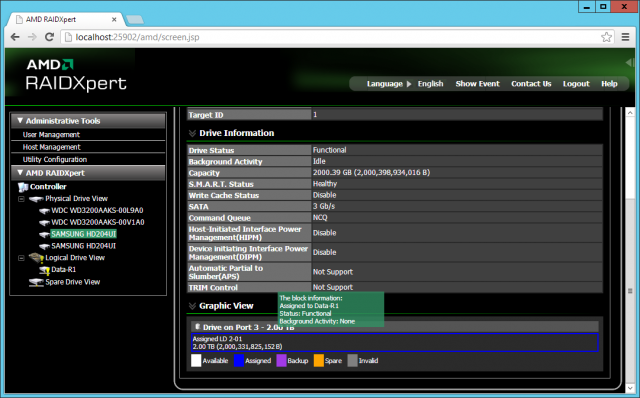 This is the HDD which requires a rebuild, the status is “Available” as it is NOT part of any RAID set. (I assume the Raid becomes broken when the data on the HDD differs from the original by a lot or if it has been removed for a specific time period.) 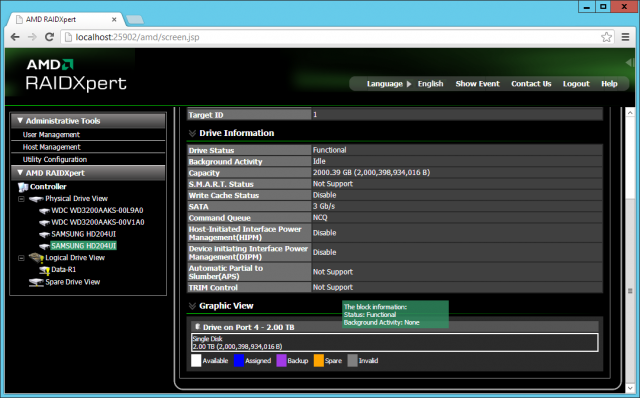 To rebuild the arrange I selected the RAID set and entered the rebuild section, as the 2nd HDD has a status of “Available” this can be selected and the rebuild started “Start Now” 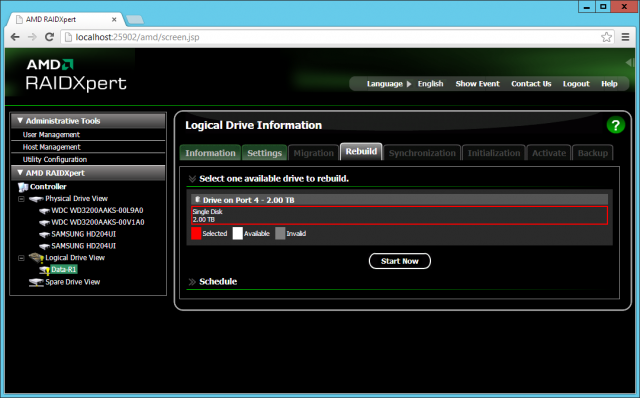 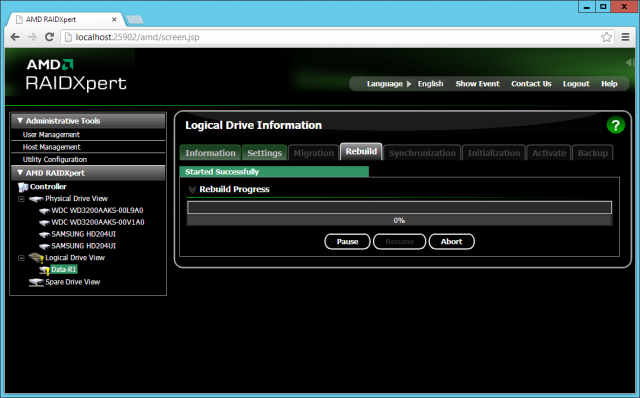 Luckily the drive can still be accessed as normal in Windows, while the rebuild is taking place. 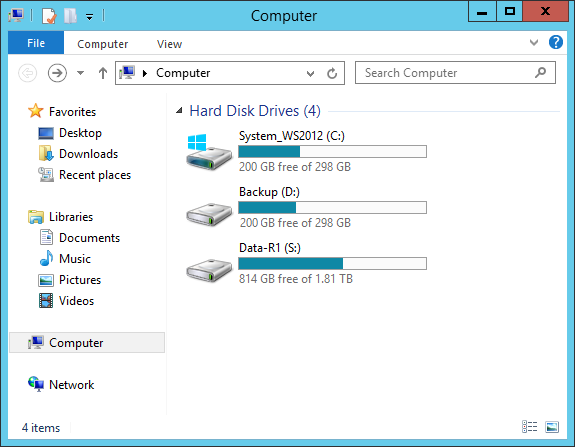 3 days on and the rebuild process is still only on 60% so I wouldn’t be waiting around for it, just let it do its thing! 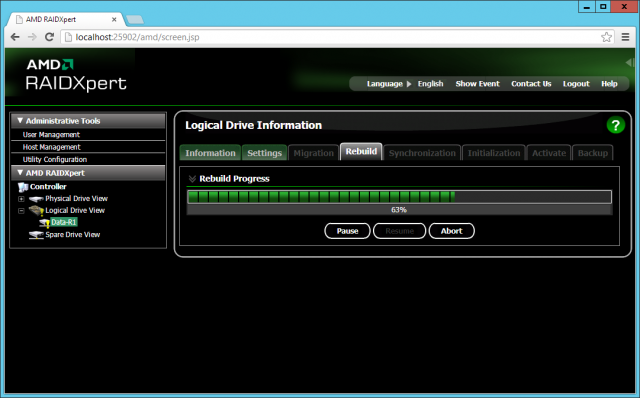 Finally it should reach the 100% mark, hopefully giving you peach of mind that all the data is now duplicated once again! 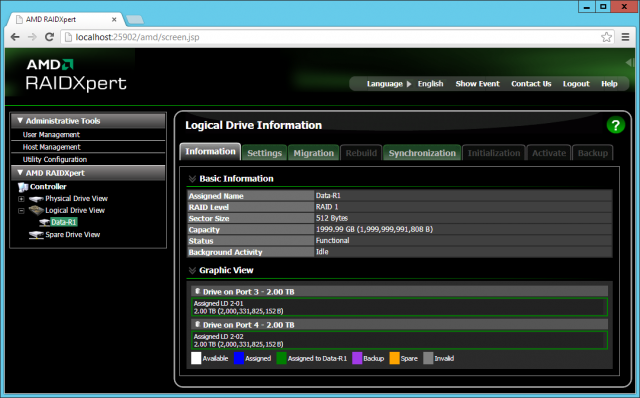